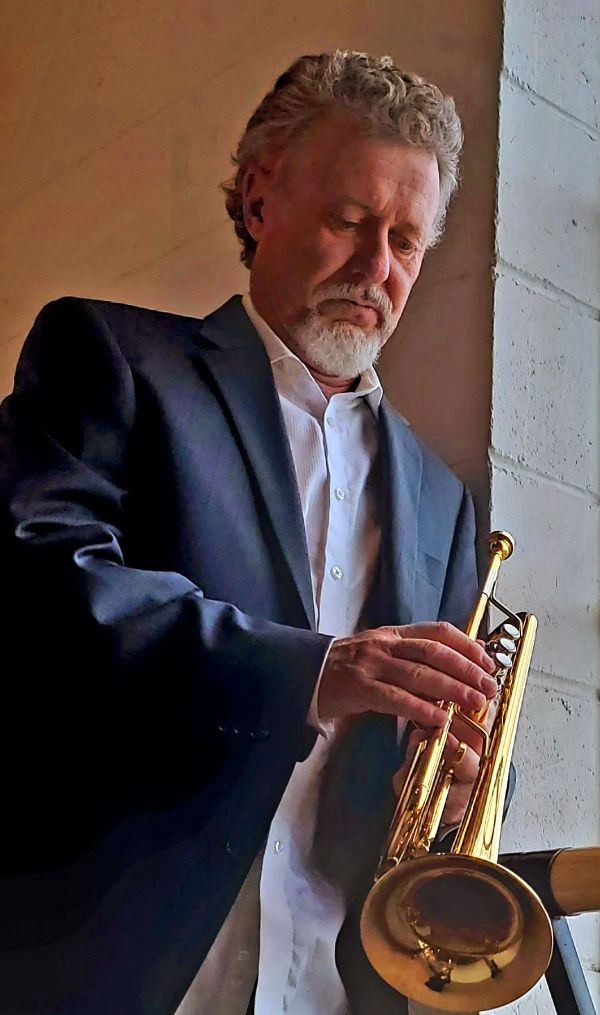 Dave Dunlop is originally from London Ontario and moved to Toronto to attend Humber College in the mid 70’s. He has had a successful career in studios, theatre, and live shows throughout the world and has played on Juno & Grammy award winning albums.

“I’ve been fortunate to back up many great artists, Gino Vannelli, Aretha Franklin, Michael Buble, Roger Daltrey, & Aaron Neville have been a few of my favourites”.

Some of the Jazz greats he has played with are Tito Puente, Maynard Ferguson, John Pizzarelli, & Diana Krall.

He has recorded with Holly Cole, Alan Jackson, The Boss Brass, Memo Acevedo, a cast recording for “Fame” & the iconic “Hockey Night in Canada” theme.

“Becoming the Lead trumpet in Rob McConnell’s Boss Brass has been a highlight of many years of big band playing”.

“I’m happy to release another recording after “The Hang” which was nominated for a Smooth Jazz award in 2007.

Thanks to XO Brass for the great instruments, the 1602-LTR Trumpet & the 1646 Flugelhorn.